AHMM’s plans for the redevelopment of Angel Square, seen from Pentonville Road 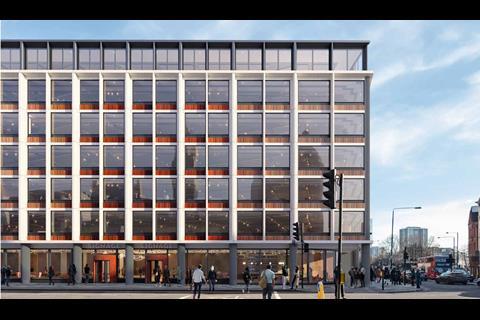 AHMM’s plans for the redevelopment of Angel Square 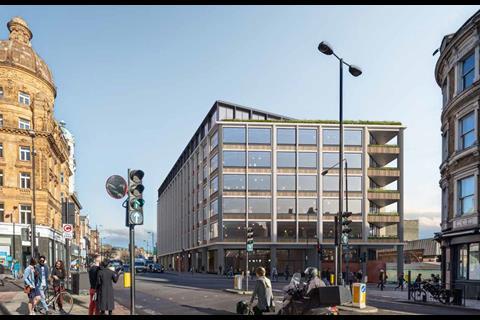 AHMM’s plans for the redevelopment of Angel Square, seen from St John Street 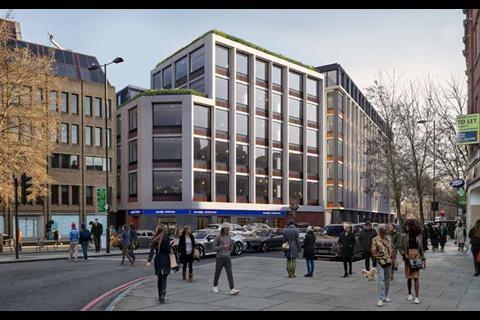 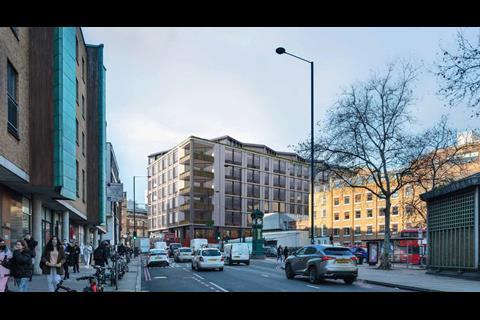 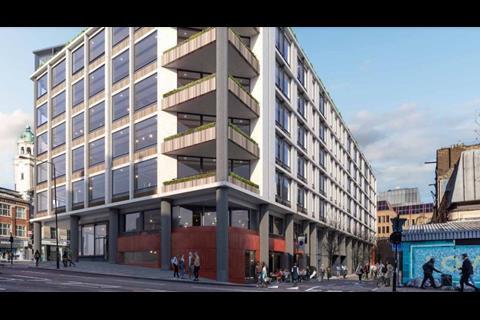 AHMM’s plans for the redevelopment of Angel Square, seen from City Road 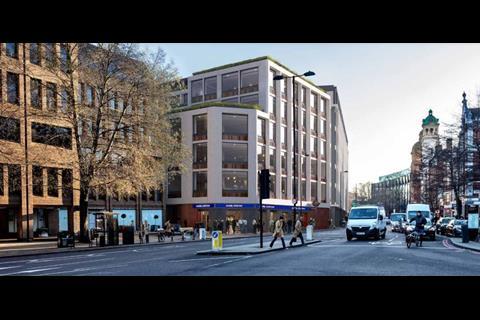 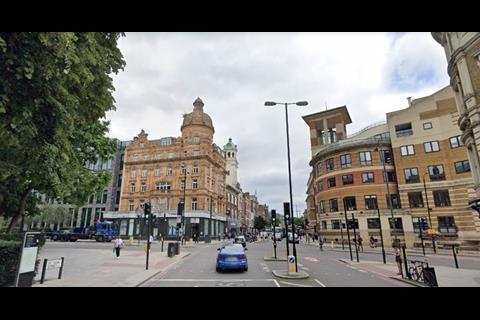 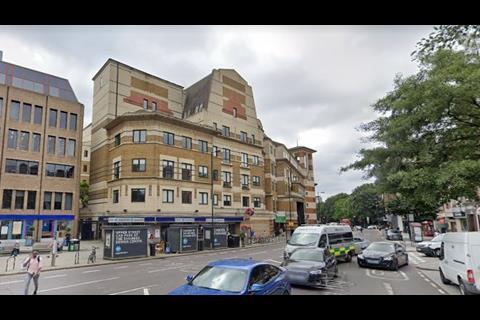 The Angel Building, seen from Upper Street in Islington

The firm’s plans for Tishman Speyer would see the historic 1980s development’s Italian campanile-style clock tower removed, along with the structure’s brick facades, for a glass-focused transformation. The development is a stone’s throw from the 1980s office building, the Angel Building, whose redevelopment saw the AHMM shortlisted for the Stirling Prize in 2011.

The current three blocks of Angel Square provide 14,549m² of office space and a pub, on the corner of Torrens Street and City Road. The building also includes the entrance to Angel Station on the London Underground’s Northern Line.

The AHMM’s proposals would reconfigure the buildings, the tallest of which is six stories high, to provide 21,701m² of new office space, 255m² of new retail space and retain the pub.

The work would include adding two more floors to the building and infilling the existing courtyard in the center of Angel Square. Documents submitted to Islington Council said no work at the Tube station was offered as part of the application, but they said discussions were underway about possible improvements to the look of the station. 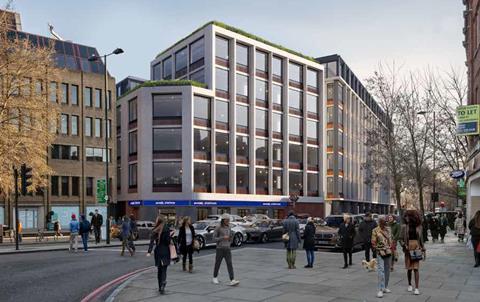 The AHMM said the Angel Square project would regenerate an existing building with significant elements reaching the end of their expected lifespan, “transforming and reimagining the building as an exemplary architectural and sustainable design element”.

The practice’s design and access statement said the transformation would ‘create a new identity’ for the prominent site, at the junction of Upper Street and City Road, establishing ‘architectural quality’ while respecting the landscape urban and the “heritage sensitivities” of the region. . The former Grade II listed Angel Hotel, which sits on the opposite corner of the junction, is an example of this.

He added that maintaining the original ribbed reinforced concrete framework of the building would save a significant amount of embodied carbon and ensure that carbon usage over the life of the development is minimized. 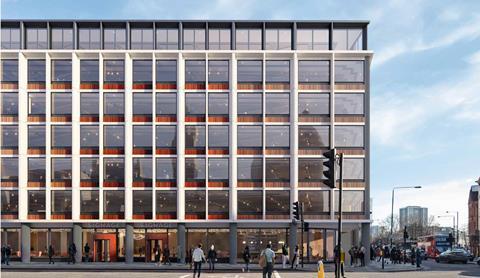 The Twentieth Century Society campaign group said it would oppose the proposals and called on Islington Council to locally list Angel Square as an undesignated heritage property.

He said while current plans would retain the building’s underlying structure, they would still see the complete removal of the brick and stone facade and all decorative features, with the resulting demolition having a “significant” environmental impact. .

The group said pre-bid consultation documents on the proposals had highlighted issues such as a “tired interior” and “inefficient layout” with the existing Angel Square buildings, but little effort appeared to have been made. deployed to determine how they could be improved. .

“The proposals do not explore any opportunity for a more low-key reconfiguration of the building to address these issues, improving services and upgrading the thermally inefficient fabric where necessary, while respecting the heritage value of the buildings,” he said. .

He urged Tishmans and AHMM to “pursue a more sympathetic and sustainable agenda.” 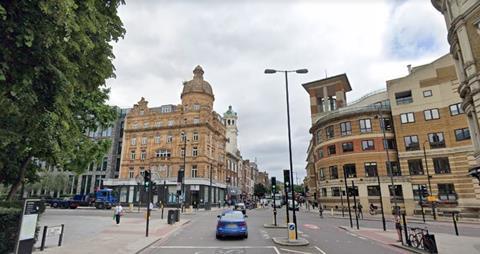