ST Wooten is in full swing on expanding and upgrading 13 miles of Interstate 40 between Raleigh and Clayton, NC.

The project includes adding two lanes in each direction to the center or side of the highway, depending on location. Existing concrete lanes will be paved with asphalt. Two divergent diamond interchanges will also be constructed.

The project, which began in October 2018, faced early delays due to right-of-way purchases for utilities, and Wooten was able to renegotiate the schedule. The North Carolina Department of Transportation also added the second Divergent Diamond Interchange into the mix, to handle the region’s rapid growth.

Wooten is also facing material price increases and shortages, as well as labor shortages, but Davis is confident the project will stay on schedule. The teams work day and night. Including subcontractors, Davis estimates that up to 400 workers are on the project.

The red line shows the project area of ​​ST Wooten.NCDOT

The biggest challenge has been managing the high traffic volumes on the highway and minimizing traffic disruptions. Wooten offered innovative ways to handle NCDOT’s transportation restrictions and lane closures.

The company can move materials in and out between 9 a.m. and 3 p.m. Outside these hours, she must use specific accesses to the work area. Nighttime lane closure restrictions are between 9 p.m. and early morning.

To accommodate the restrictions, Wooten built a ramp over an old bridge that will be demolished as part of the project. The bridge road leads to the company’s asphalt and concrete plants.

“Our trucks can go over that old bridge and then come down the ramp and be in the median and out of traffic,” Davis says. “It allows us to carry during the day and have less impact on traffic.” 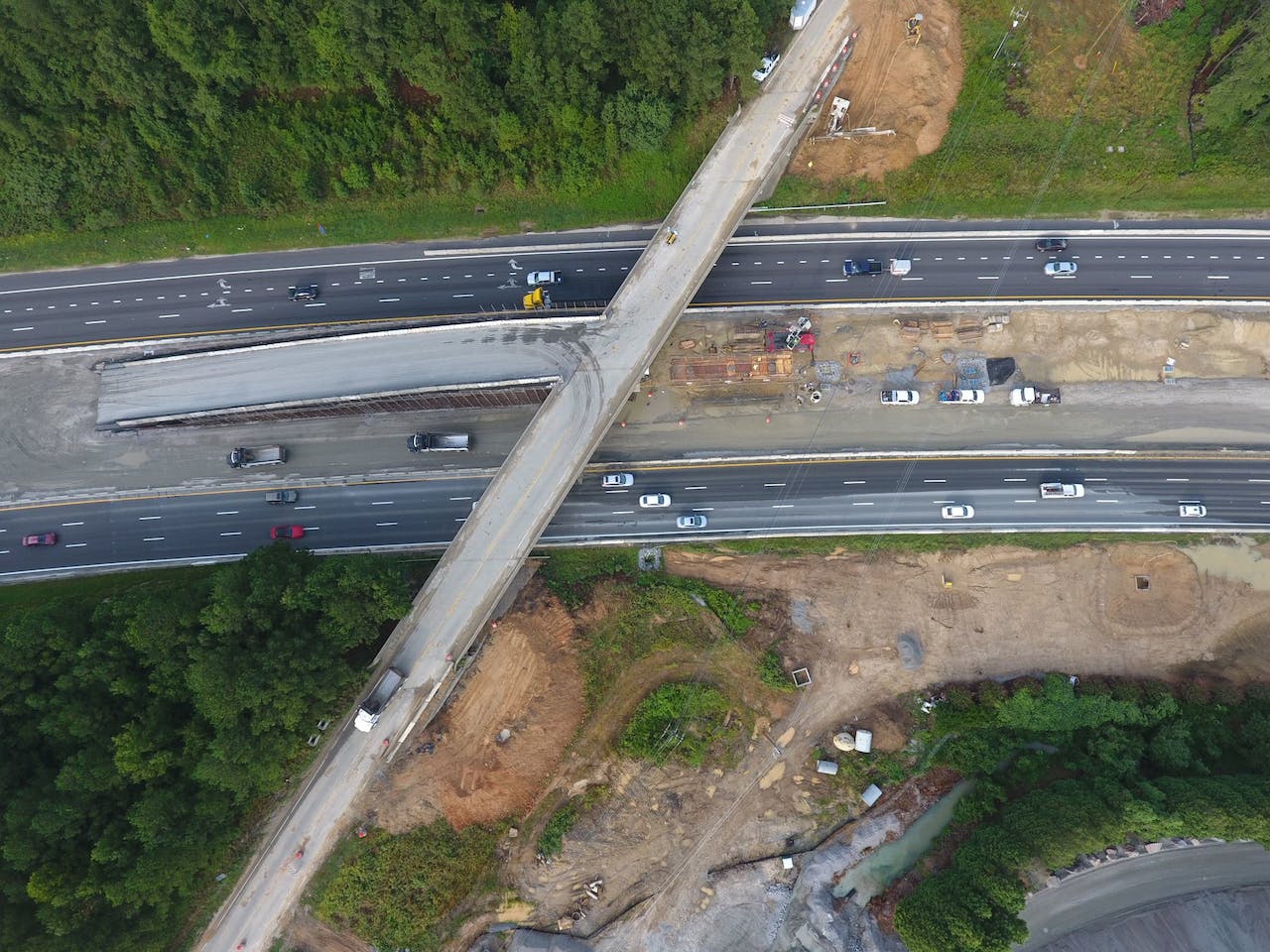 This ramp from an old bridge allows ST Wooten carriers to enter and exit the work area without disrupting traffic.ST WootenTowards the end of the year, the company plans to build a conveyor system to its asphalt plant, which is adjacent to I-40. “We’re actually going to run asphalt across I-40 east to the median so we can clear the traffic as well,” he says.

The company’s carriers also use an immediate 1,700-foot access, similar to an acceleration lane, for its trucks entering the freeway, but with warning signs.

“We built it just for construction access, and we have signs with lights and sensors, that when a truck is about to pull out, the lights on the sign will flash and warn drivers that someone one is about to level up and merge into traffic,” he says.

For the most part, workers are behind concrete barriers between the existing eastbound and westbound lanes. Up to 5,000 vehicles per hour pass.

No workers were injured by the traffic, but many cars and trucks crashed into the barriers. “We’re constantly doing repairs here for that stuff,” Davis says. 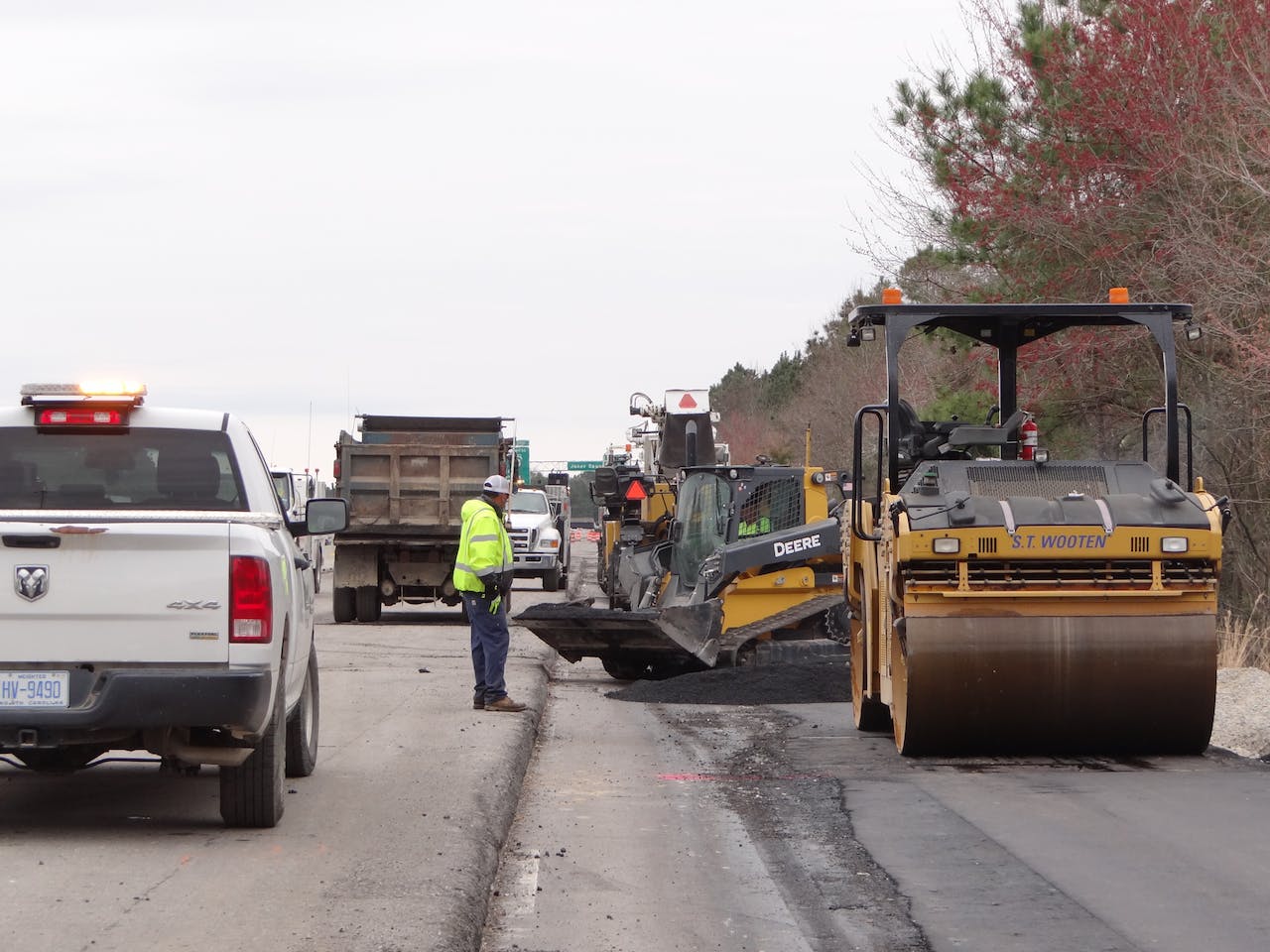 About 400 workers work day and night as a shift on the I-40 widening project.ST WootenEnsuring teams are where they are supposed to be on such an important project requires careful planning and timing. The company rotates its teams day and night, so they don’t burn out.

All divisions of Wooten are involved in the project, including bridges and structures, grading, paving, utilities and drainage.

Wooten does most of the work, but removed some grading, some boring and drainage, sound walls and median concrete barriers, Davis says.

The company supplies its own concrete and asphalt, but also supplies other customers. This too requires a lot of coordination.

Material prices have increased, which has also caused problems. Prices for road fabric, steel and materials for signage and railings were among the hardest hit. Wooten was prepared for much of this, he says.

“We went ahead and bought this material at the start of the project, and we stored it.”

Concurrent with the I-40 project, Wooten is rebuilding I-95 north of Fayetteville to its connection with I-40 near Benson. The 16-mile freeway widening and upgrading project is expected to be completed in 2026 at a cost of $709 million. 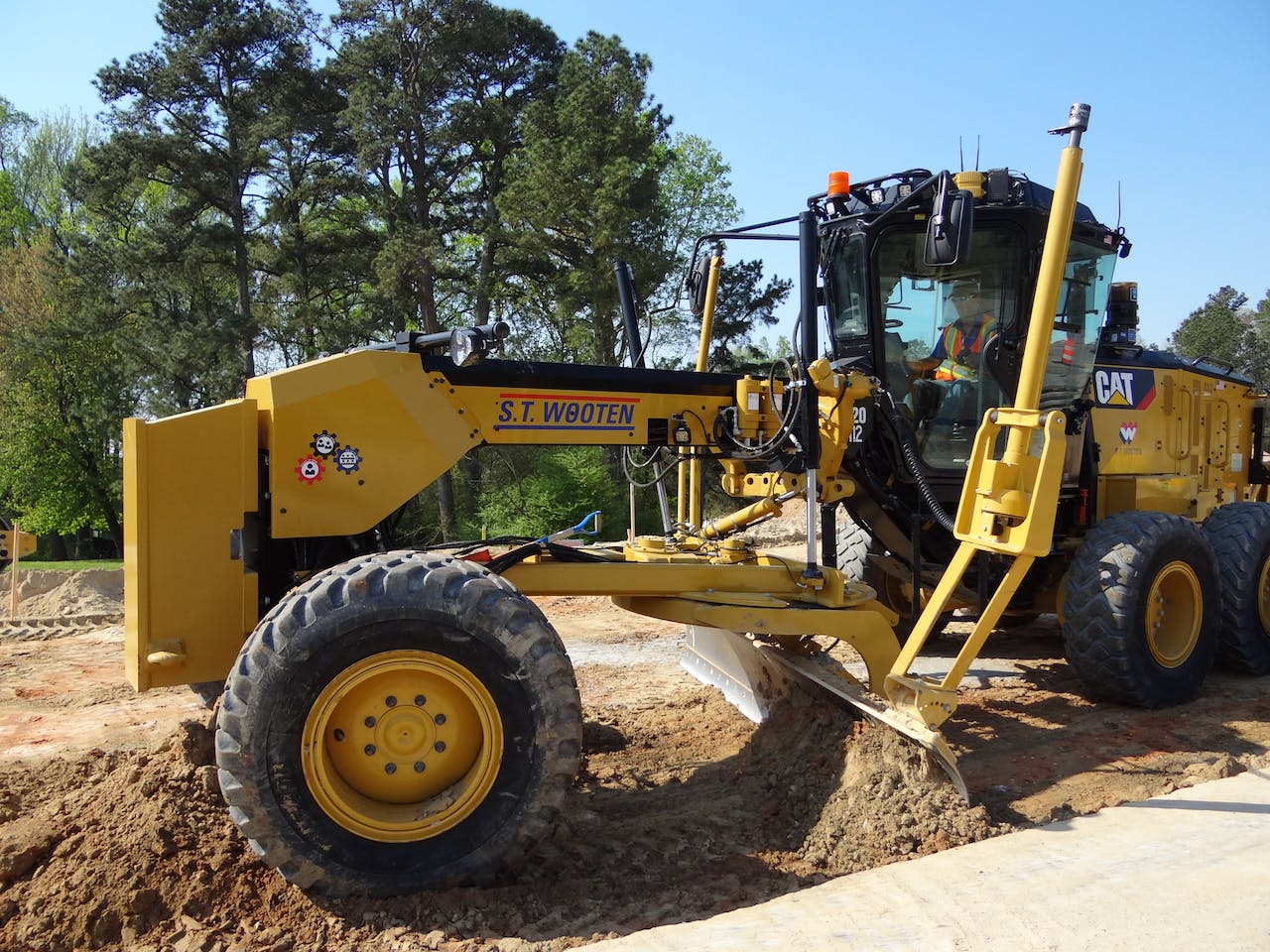 Grading is on a quarter inch tolerance. Wooten uses machine control on its graders and pavers.

The project involves removing the existing concrete shoulders. Wooten grinds the crushed concrete and recycles it as an aggregate sub-base for the new tracks. A 12-inch layer of Type 1 ABC stone will serve as the base. Another 8 inches of ABC will go over this and then 13.5 inches of asphalt will be laid for the final paving of the mainline.

The existing concrete road will have a 9.5 inch asphalt overlay.

In total, the finished road will have 34.5 inches of substructure.

The project originally called for a divergent diamond interchange at NC 42. The company will construct double bridges as an overpass on the highway for the interchange.

The second DDI was added later at the Jones Sausage Road intersection, near where Amazon built a new warehouse. The additional DDI is designed to handle this increased development and traffic.

The opening of the interstate section will be good news for commuters in the Raleigh area.

Davis loves being able to work on such an important project and the challenges it presents.

“The most important thing for me is at the end of the day to see that final product,” he says. “For commuters and those who live here, this is going to be good for them and hopefully safer for them commuting to and from work or elsewhere.

“It’s kind of a good feeling.” 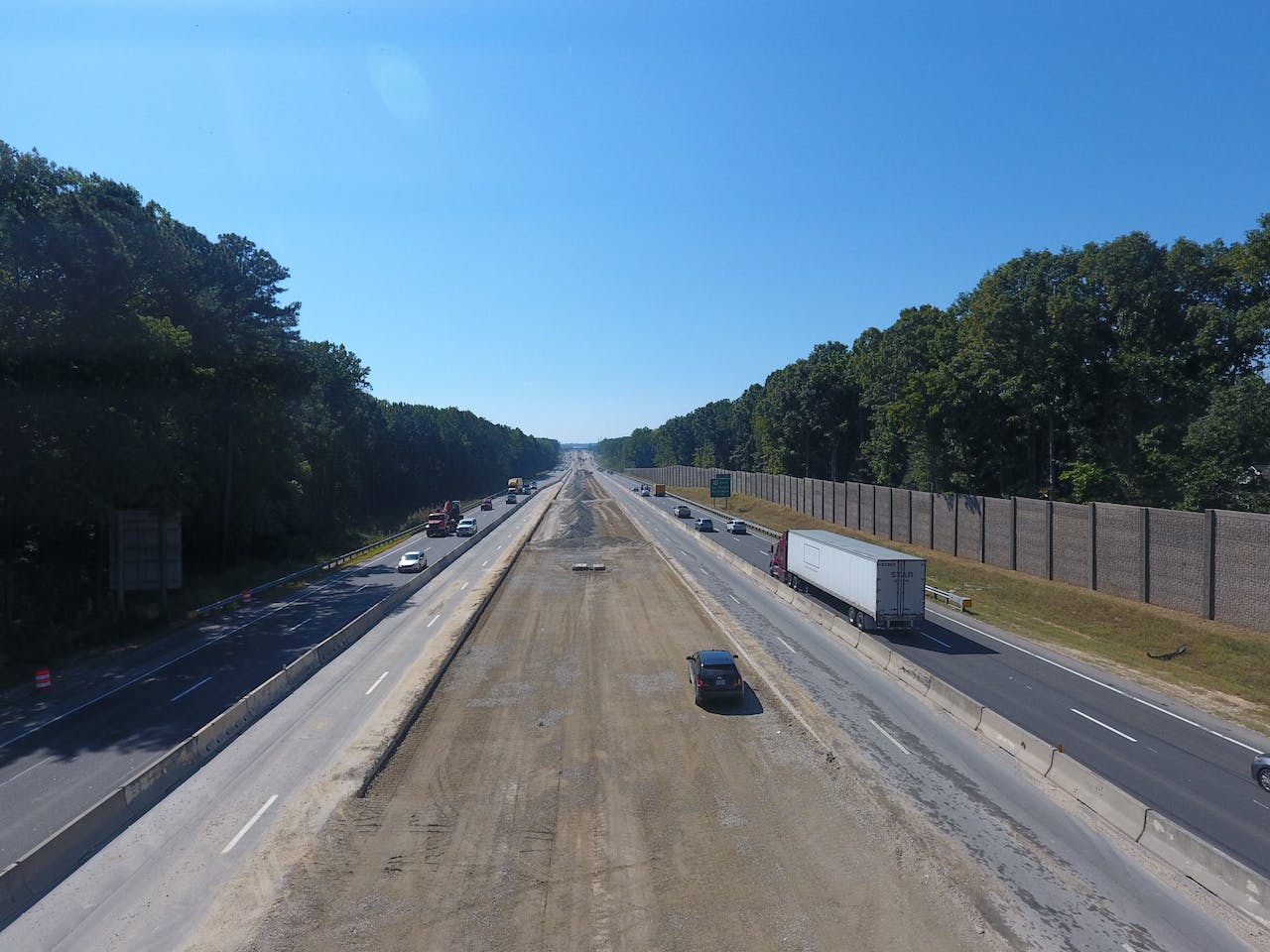